Treece sworn in as Commissioner

On January 8, Treece was sworn in alongside the other new Board Members: Chair Kathryn Harrington and District 4 Commissioner Jerry Willey.

Pam Treece scored a convincing win on Tuesday night, securing over 58% of the vote. She will take office as District 2's Commissioner in January 2019. (Via Pamplin Media)

Have you seen Pam's new ad on television yet? If not, check it out here!

I'm excited to announce that my website is now available in Spanish!

Ahead of ballots being mailed at the end of April, Washington County Elections has made candidates' Voters' Pamphlet Statements public. Pam Treece's, available here, highlights her broad range of experience, her priorities, and the strong support behind her candidacy.

Pam Treece has been hosting a series of Town Halls all over District 2, including in Cedar Mill, Cedar Hills, Amberglen, and Bethany. These town halls offer residents an opportunity to meet Pam and discuss with her the issues they face.

Pam Treece Ends Year With Broad Base of Support 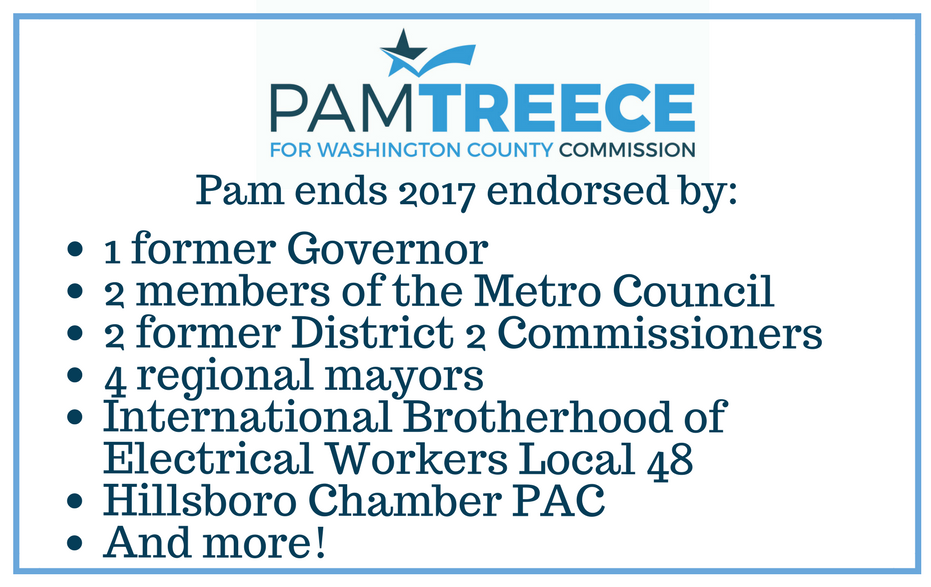 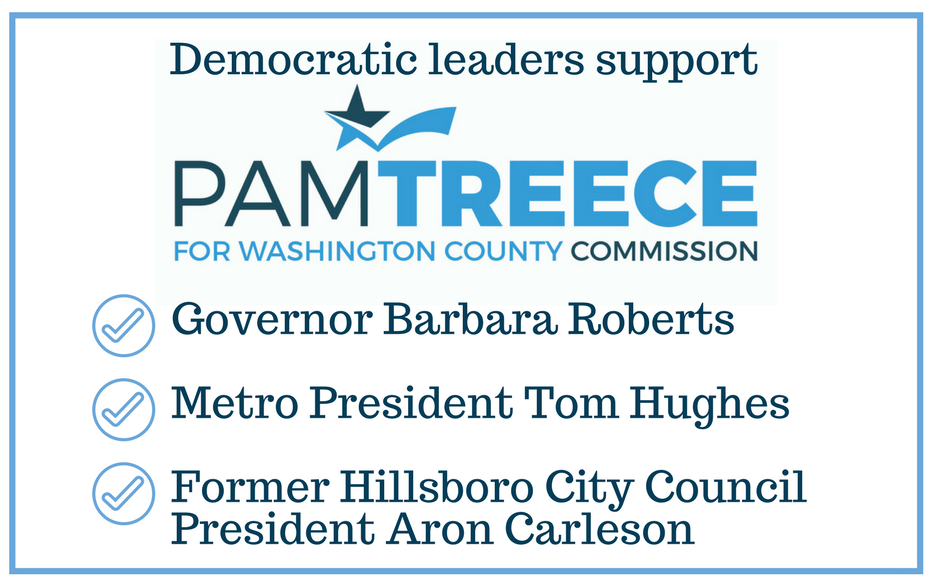 Pam Treece of Beaverton says she will bring a lifetime of varied experience — including five years as executive director of the Westside Economic Alliance — if she is elected District 2 Washington County commissioner.

Paid for and authorized by Friends of Pam Treece.